Patches of your grass are dying, and there are little mounds of dirt everywhere. Instead of the problem being temporary, the holes only increase, and soon enough your yard looks like a prairie!

Moles might seem like cute critters you’d find in a Disney movie, but they’re difficult to remove, and they’ll wreak havoc on your lawn. It’s not as simple as flooding their warrens. These guys have intricate networks, and they can dig fast.

Fortunately, there’s a solution to your mole problem. Read on to find out more.

You might be tempted to think that moles are like mice, rats, gophers, or voles. But that’s not the case. They’re shy creatures that don’t bite humans.

Moles live most of their life underground. As such, they tend to have poor eyesight. However, they make up for this by having an incredibly sensitive nose that allows them to navigate their subterranean home with ease.

You may be worried that moles are responsible for eating your plants. But moles are insectivores (meaning they only eat insects) which is why they spend most of their time underground. Their diet consists of grubs, worms, and anything else they can find in the dark, moist soil.

Why Are There Moles in Your Yard?

Moles may be attracted to a number of features that your yard provides. As a result, they may remain in your yard for many mole generations.

They seek out cool soil that is filled with insects. They have a tendency to follow human-made borders: hedgerows, fences, and walkways. They love the root systems of bushes, shrubs, and trees since these places are filled to the brim with bugs.

Moles will only migrate to another yard if their food supply diminishes. Pesticides may drive moles to leave your property for greener pastures, but this process could take a long time.

What Damage Can Moles Do to Your Yard?

For starters, mole tunnel networks can weaken the ground. You risk twisting an ankle when you accidentally collapse a section of the tunnel. This may cause future problems when having to fill in and replant areas of your lawn or garden.

Moles are also notorious for killing off grass and other plants. While moles do not eat plants (remember, they’re only insectivores!) they often disturb the root systems. These root systems tend to have abundant food sources.

If moles like your yard, they may stay there for a long time. Meaning more tunnels, more dead plants, and more risk of tripping when you accidentally collapse a tunnel.

Another threat moles pose to the integrity of your yard is not the moles themselves, but what comes after. Voles, another species entirely, will use the networks moles have already dug. And voles love to eat your plants and roots!

How Do You Identify a Mole Infestation?

Moles are quite easy to identify since they have three main signs:

If you’re not sure whether your yard is showing these signs, there are experts in mole control who can take a look.

How to Get Rid of Moles

There are plenty of home remedies circling the internet, but your best bet is to hire a professional. This will save you time and avoid an infestation that never seems to end. There are three main methods of eliminating moles from your yard:

Once you’ve eliminated the local mole population, there are methods to ensure they don’t return.

How to Prevent a Future Mole Infestation

You’ve paid a professional and gotten rid of those pesky moles! However, there are some tips to keep your yard mole-free for the coming years:

If moles are infesting your beautiful lawn or garden, it’s time to act. Find a professional near you who can give you back your outdoor property.

The Different Types of Moles Found in the United States 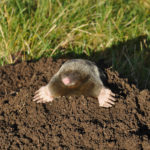 Matt "The Mole Guy" Tackett is one of the tri-states most sought after ground mole eliminators. Matt knows the secret formula on how to get rid of all moles, raccoons, groundhogs and other pests that dig up your yard around your home. Plus, keep them away for good beautifying your homes value.
Mr. Tackett is the owner and mastermind behind "Trap Your Moles, Inc." of Cincinnati and Northern Kentucky’s which has become the areas premiere mole removal service. Trap Your Moles has an A+ Accredited business rating from the BBB and offers compressive weekly mole trapping services specifically designed for your property that is aggressive and effective. Matt's team of professional mole trappers can assess your mole problems with a quick 15-minute phone conversation.
Trap Your Moles offers complete mole trapping services for residential and commercial clients. No mole job is too big or too small. 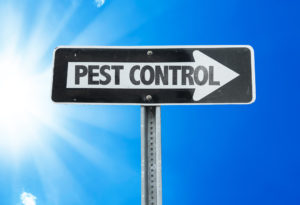 How To Tell if You Have a Mole Problem at Home

How to Keep Unwanted Animals Out of Your Yard 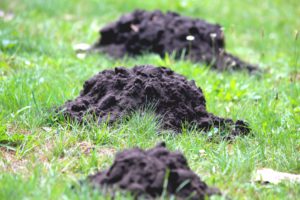