Those aren’t supposed to be there. Upon further inspection, you realize that you’re dealing with moles. They’re drawn to your yard for a variety of reasons but the main one is the food source.

It can be dangerous to deal with ground mole removal by yourself but if you don’t have a choice, we can tell you how to do it the right way. Keep reading to learn more.

Moles are carnivores that burrow themselves in the ground and feed on insects. You would think the fact that they eat the harmful insects in your yard would make moles helpful but this isn’t the case. They can ruin the roots in your plants and if you have any germinating plants, the moles might eat them if that’s their only food option.

During the winter, the moles may decide to dig closer to your home to seek out warmth. As you can imagine, this won’t do your foundation any favors. They’ll also destroy that expensive sprinkler system you had installed.

Most of the time, they travel by themselves. The only exception is for the mating season.

So, rest assured there’s most likely only one in your yard. That makes it a little less daunting to deal with, right?

Why They’re on Your Property

Moles will enter your property for two reasons. The main one is for the food source. Moles eat grubs, warms, and many other things that lurk in the ground.

Moles use up so much energy with their digging that they have to literally consume their weight in insects each day to stay alive. The more they eat, the deeper they have to plummet to find their food source.

Moles may also enter your property so they can give birth. They’ll build nests in your yard to hold and raise their young.

The first step in getting rid of moles is to identify them. They’ll leave obvious volcano-shaped mounds all over your yard.  You may see them pop their heads out after it rains.

They have a hairless snout that extends outward. From far away, it doesn’t look like they have eyes because they’re covered by the mole’s fur.

Their forefeet are large and webbed. Their hind feet are skinny with long, slender claws.

Getting Rid of Moles

Now that you’re sure you have moles, it’s time to discuss getting rid of them. There are several ground mole removal methods that will work. Some of them are more effective than others.

The shovel method is the most difficult of mole removal techniques. It’s also one of the more humane options available to you. Use the back of a shovel to flatten the entry mounds.

After you do that, you’ll want to stand back and look for a place to do a stakeout. Every movement you make causes vibrations in the ground that will discourage the mole from surfacing. They’ll also be able to smell you if you stand too close to them.

Watch the soil. As soon as you see movement, that’s your queue to strike. Plunge two shovels in the ground to trap the mole.

Dig the mole out of its home and carefully transfer it over to some sort of container or box. Carry the box well away from your home and release it back into the wild.

Traps can be humane depending on which one you get. First, we’ll go over the not so humane option. Take a shovel and flatten one of their entry mounds.

Wait a few days. If the mound has been uncovered, you know that’s where you should place your trap. Check the trap every so often to see if you’ve got your little pest.

Keep in mind that killing one mole might not be the end of your issue. It’s rare but you could have multiple house guests. Set your trap again and check it for further activity.

Another thing to note is that not all states allow you to kill moles. If this is the case, you’ll need to go with the more humane trapping method. Catch and release traps will allow you to capture the mole and relocate it to another location.

Dealing with moles yourself might be a little dangerous. Moles can transmit diseases and they can get aggressive. It’s much safer to call ground mole removal companies in your area.

They are equipped with all the knowledge and tools needed to get rid of your mole problem the right way.

The best way to get moles out of your yard is with prevention. Rodents won’t want anything to do with your garden if you own a cat. If you coat their food source with castor oil, it might discourage them from sticking around to snack.

Create a solution by mixing together castor oil, dish detergent, and water. Spray any tunnels and entrances that you’ve noticed.

The Secret to Ground Mole Removal

You’ve worked hard on your yard. You don’t want to see it get destroyed by moles. While letting them stay can prove beneficial, they may also eat your germinating plants and destroy the roots with their digging.

Don’t let it get that far. Contact us today to tell us about your issue and set up an appointment for ground mole removal. 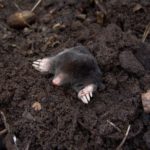 Matt "The Mole Man" Tackett is one of the tri-states most sought after ground mole eliminators. Matt knows the secret formula on how to get rid of all moles, raccoons, groundhogs and other pests that dig up your yard around your home. Plus, keep them away for good beautifying your homes value.
Mr. Tackett is the owner and mastermind behind "Trap Your Moles, Inc." of Cincinnati and Northern Kentucky’s which has become the areas premiere mole removal service. Trap Your Moles has an A+ Accredited business rating from the BBB and offers compressive weekly mole trapping services specifically designed for your property that is aggressive and effective. Matt's team of professional mole trappers can assess your mole problems with a quick 15-minute phone conversation.
Trap Your Moles offers complete mole trapping services for residential and commercial clients. No mole job is too big or too small. 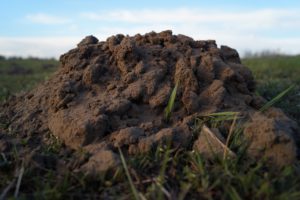 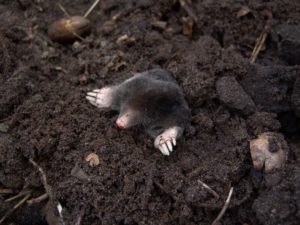